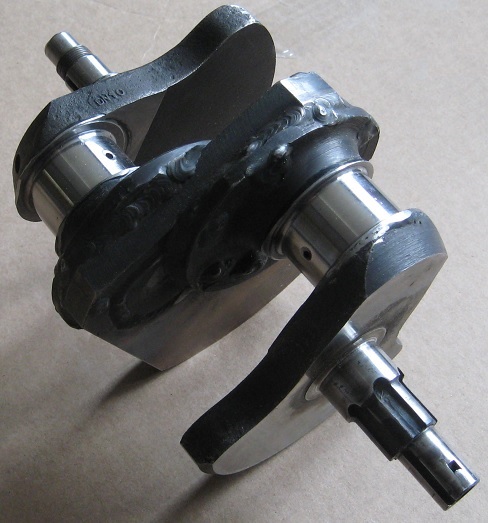 Donor large-journal BSA A10 crankshafts are very hard to find.  Modification of the A10 crank width and journal location for an A65 engine means there is no discount for supplying an A10 crankshaft.

Note that drive shaft end of a BSA stroker crank uses a stud, a top-hat nut and an anchor washer to mount the alternator similar to a Triumph crankshaft; these parts are supplied with the stroker crankshaft.

All 76 degree versions of BSA stroker cranks cost $200 USD more than quoted prices shown below except where noted.   Contact SRM Classic Bikes for information about the barrels and connecting rods they supply for BSA stroker engines.